The next twelve steps in this programme are a distillation of years and years of metaphysical research and study on my part. As we go along, I will share pointers of where I found the information from so you can dive deeper if you wish. What I have done though is to make what I have learned simple and I have demystified the mystical using plain language. 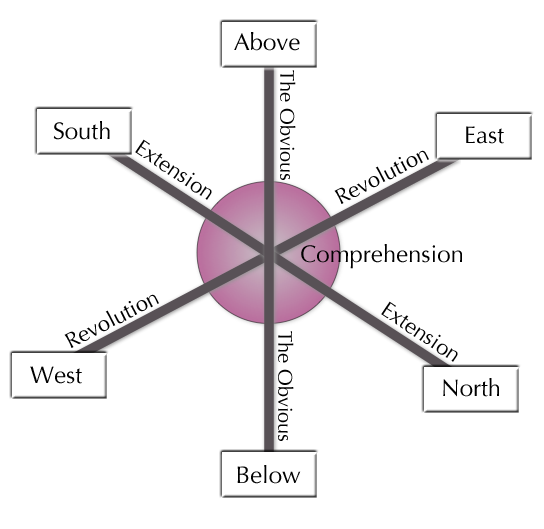 We introduced the inner dimensions of the Cube in the last step but didn’t expand upon it as there was so much other content to get through.

As mentioned, a cube has six faces and twelve edges. Yet the 22 keys of the Major Arcana are embedded in the original Cube of Space. The 22 flavours of thought also map on to the Cube of Karma.

All cubes have four hidden attributes that we will be exploring. There are many more.

Three of the four main hidden pathways are the imaginary interconnecting rods, or paths, that join opposing faces. The fourth is an imaginary point shown as a large sphere here at the confluence of these three hidden paths.

As I mentioned, the pathways and routes around the Cube morph and grow. In the first version of the Cube I came across, the Inner Pathways only came into play three to four times.

In this version of the Cube, we will use them each time we move from one face to another.

So, when you leave the West Face, you do so by applying more Revolution in order to enhance Comprehension. This is a Soul Check In.

We then move via Extension, adding new aspects, to emerge on the North Face on the flavour of Excitation.

The North Face is influenced by the Earth element. As such it is where we condense the fluidity of the West Face.

At the beginning of Space and Time, all was One. It still is but we have a sense of separation. This is intentional.

This meditation reconnects with the soul in a number of ways such that the bond is strengthened and made permanent.

Flavours of the North Face

The flavours on each face come from a mix of Ethereal Whispers, Unconscious Murmurs and Directive Thoughts. So, again, they are here in one place if you want to refer back to any of them for further exploration and exposition. 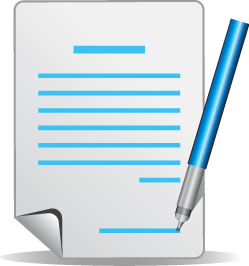 Task : Advancement in the North

This task includes the flavours of the North Face and some additional thoughts on your journey so far.

In your journal make a list of the following:

Extension : Adding On
What assets and skills do you already possess that you can expand upon?
What aspects of the vehicle for your soul could do with some renovation and repair?
Do your foundations need strengthening?
Where can you most easily expand – sideways, forwards, backwards or upwards?

Excitation : Getting excited
What excites you?
When did you last feel excited?
What could you today to make it more exciting?
What could you engineer for your next free day to bring new excitement into your life?

Equilibrium : Losing the stabilisers
How do you now react to events that might unbalance you?
Are there any patterns to any unbalancing?
What are the sources of potential unbalance?
Are you happy that the past has brought you to Now, from where your future can begin?

Isolation : Giving yourself a re-treat
Do you feel isolated?
Do you want to be isolated?
Could you do with some isolation?
What do you sense and feel when you have space and time?

Composition : New permutations
What two components, or more, could you combine today to fabricate something entirely new?
What ‘compositions’ have you appreciated recently?
What feelings do you get when things come together perfectly?
What disparate elements of your life could benefit from synthesis?

There is a constant communication between our soul and us. Most of the time is it silent and many times we either are not aware of it or might even ignore it.

Today is the day to start a new conversation.

The remaining steps will be available in Spring 2021, as I am focused on publication and promotion of my latest book, Soulwaves : Insertions. Note that it is connected with the Path of Return as it tells of where we came from originally and where we may be heading.

Listen to a sneak preview here …

And watch this short video on each of the Insertions: