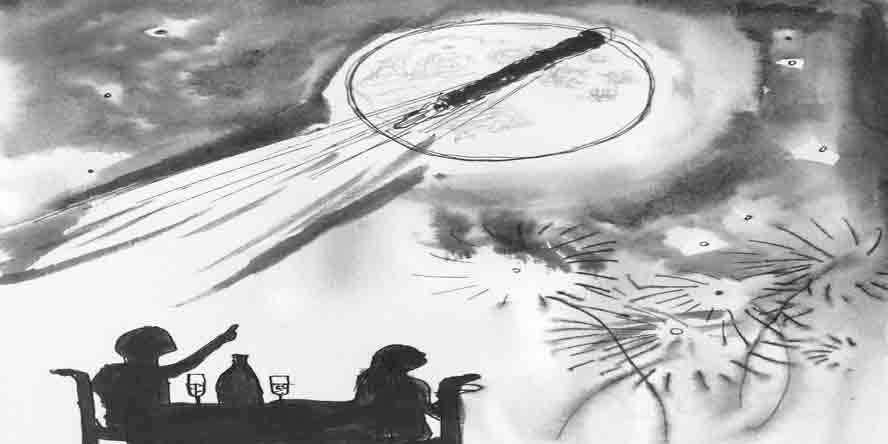 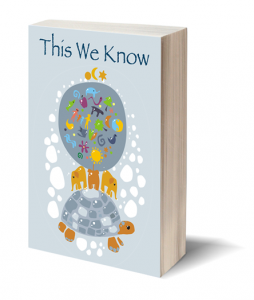 In 2012, on September 3rd, I started writing what became my quickest book called This We Know. 14 days later, on the 17th September (that same year), a copy of the print version arrived in the post – and it was available worldwide.

This blog tells the story of the slowest book I have written. It is novel which foretells the end of life on Earth, as we know it, within 100 years. While it is channelled fiction, some the events I first wrote over 14 years ago have already come to pass. 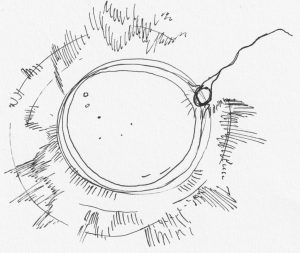 Back in 2005, I was on holiday in South Africa, on the Garden Route at a place called Hog Hollow near Plettenberg. I had a shock when I ended up sharing a shower with a tarantula. A strong G&T later, I calmed down. At the time I was reading a book by Teilhard de Chardin called The Phenomenon of Man – it is deep and profound but also a little inaccessible.

A combination of tarantula shock and the G&T brought a light bulb moment along. What if I was to die when I know a lot of useful ‘stuff’ that could be shared? I had a pile of books that went some way to explaining the Universe and how we came to be. Many of them were as complex as Teilhard’s.

The idea was, what if I was to decode them, distill them and explain them?

I started mind mapping what I could share, along with imbibing a second G&T. The memory is still so vivid, I can even remember we were playing this amazing album, African Groove.

This idea came in. What if the Universe was built on soulwaves? They were waves of energy that connected everything to everything. This was the missing dark energy and dark matter. I had no proof and no theories, just intuition.

So what if I shared what I knew in a novel? No proof would be needed, it would just be a story.

A few months later, I had about 60,000 words written. Then it ended up sitting on my hard drive for what would be 12 years, until I picked it up again. 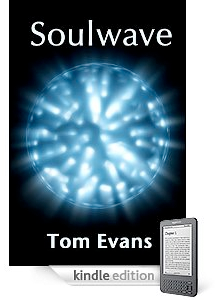 What happened next was that 16 other books came along. I did release a short story version of a snippet of the book for Kindle in 2011. That got some good reviews that told me I should really finish it some day. At that time, the Universe was busy making an unexpected meditation guide out of the unsuspecting author though – and This We Know was about to arrive!

Winding on several books later, I ended up spending my 59th birthday, in 2017, at my best friend from school’s funeral. I resolved then to get this story our before my 60th, just in case I wasn’t around for much longer.

I ended up rewriting it from the ground up, and inserting some new intertwining plot lines, but I only got 90% of it done. Just the last 20 chapters or so need finishing off.

The reason I only got 90% of the way last year was that yet another book project that I didn’t plan came along. The Big Ü is done now and was published on the 8th August 2018.

Of course, these diversions are not irritants. In a Universe connected by soulwaves, all is ‘meant to be’. Apart from anything, I know more stuff now than I did back in 2005 and I hope that I have become a better writer. I am certainly more internally confident at the very least.

So the latest planned schedule is to get the print, ebook and audiobook published on the 21st September – all in 2019 that is.

Tuning into cosmic timings is one of the many memes touched on in the book!

What’s It About?
I have now discovered that the book now has a genre – post-dystopian cyberpunk.

It starts in 2059 when humanity has got its act together after the excesses of the last few centuries. Sadly, it is all a little too late as something triggered off in 1959, 150 light years away, that would lead to the end of life, as we know it, on Earth.

Our hero is sent from the ‘gods’ to help at the time of transition – as often happens cf Jesus, John Lennon, Kermit the Frog. Like all such characters, he doesn’t know this. He hatches a plan at the last minute to save some of humanity. All along though the dolphins, knew so, so much more.

So the book explains how the cosmos goes through cycles and how death is an integral part of life. Even stars have to die to create more stars … and us!