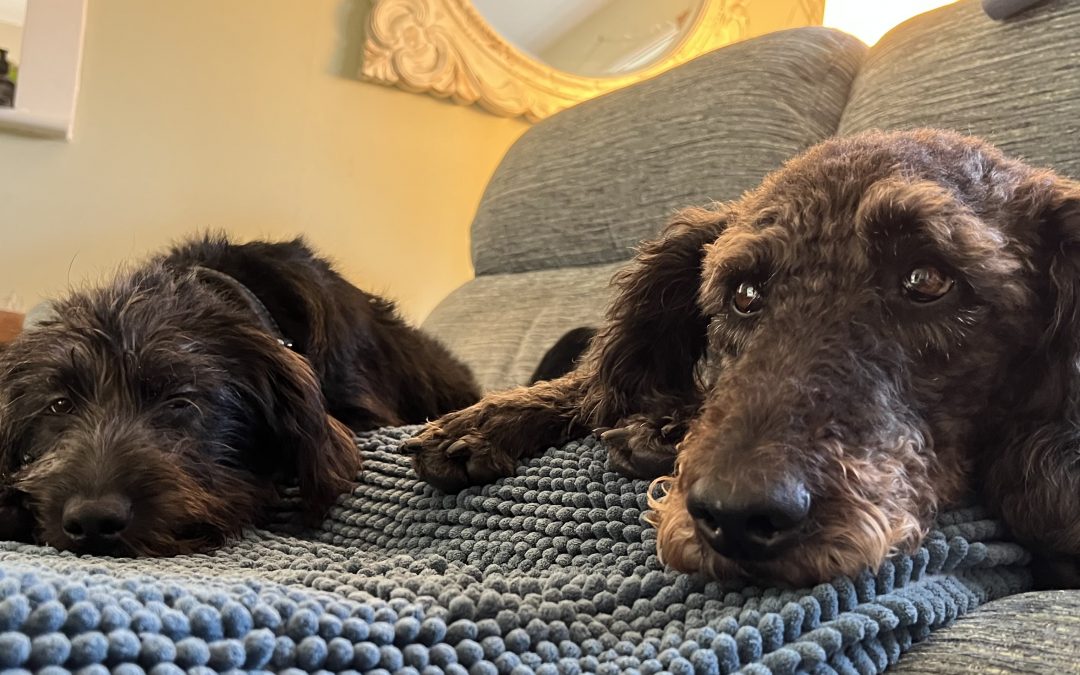 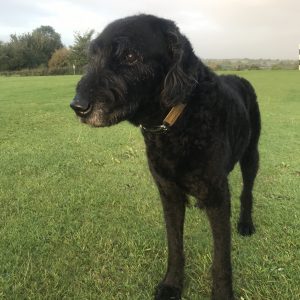 At the start of this year, we had to say goodbye to our labradoodle Reuben. At 15, his legs gave up on him and we did the thing that all dog owners dread. I was with him as we let him go and told him that we’d see him again soon.

He was a rescue dog who hadn‘t been treated that well. As a result, he was timid but very affectionate and, like all dogs, a little naughty from time to time. He moved silently and stole socks and underwear, attracted by the smell no doubt. He would always be a step or two behind on a walk, leaving the introduction to other dogs to one of his braver companions like Wellington or more latterly, Millie.

For the last 10 months, Millie has enjoyed being the sole centre of attention. We are planning a major house renovation next year and living in our motorhome for nine months or so. So having one, well trained dog seemed like a good idea.

The Universe and soul of Reuben obviously had other plans. My better half wasn’t seriously looking but had an alert out for small, black, male labradoodles. These are Millie’s favourites as she can boss them around.

When a dog reincarnates, as for humans, it knows its soul path and what it wants in life and what it wants to learn. So Reuben liked us and our home and wanted to come back to be brave and adventurous. He’d had enough of being mistreated and had much to give.

So, six months ago, he came back as the progeny of a female golden retriever and small male poodle. This would guarantee he would be the right size to be Millie’s companion again. He even came back with the name of Lucifer, the light shower and change bringer, to make a point. We thought Pickle was a safer name to shout as we walk him past the local church. 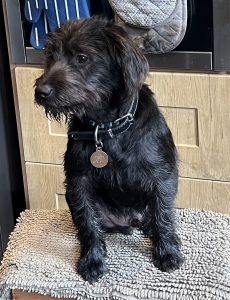 His first homing wasn’t right so he managed to nudge the mind of his owner to put him up for rescue. He ended up in a caring home but his new doggie companion was nervous about living with such a ball of energy, so he was put up again for rehoming.

This time, he hit the jackpot. His owner from his previous life spotted him and within a few days, he ended up where he planned to be all along. Dogs know a thing or two.

He slotted straight in and relaxed straight away. He learned that a grumble from Millie was a nudge to back off. He worked out how to wrap his new owners around his paws and do his every bidding. He had come home and was looking forward to another life of adventure and experience.