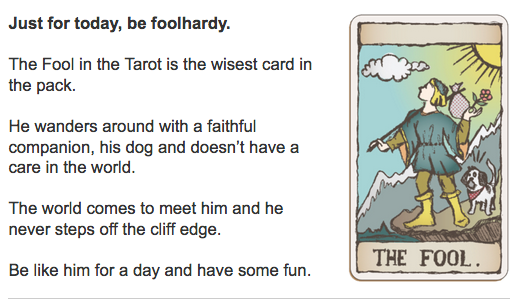 My unfolding of the Path to Overstanding materials has led me to return to my study of the Tree of Life. I always found the language around the Kabbalistic tree quite obfuscating. What’s a Sepiroth after all? Of course, this challenge fits into my mission to make such arcane esoteric language into the exoteric and understood.

Naturally, it I benefit greatly from going over old study notes, spotting things I missed and, more importantly, seeing the wisdom contained in such a glyph in a new and overarching context.

For example, the Sepiroth are better described as being emanations. In addition, they are connected to each other by Intelligences, which also map on to the keys of the Major Arcana. The emanations and intelligence are referred to as Paths of Wisdom with which I am not totally comfortable. To me, they only become Paths when combined together, IMHO.

One aspect of the Tree that I am particularly drawn to is the Scintillating Intelligence, which is The Fool in the Tarot. In isolation, it’s one of my favourite cards ranking along with The Hermit and The Hanged Man in the archetype of my world. When I first read about The Fool, I discovered it is also known as Aleph, The Life Breath.

Around the same time the Tarot found me, I had just found out about Core Process which is a way of encapsulating your essence in two words, or so. Mine turned out to be Breathing Life – you have to love a coincidence. I cannot help but breathe life into situations I find myself in and into people I meet who could do with a boost. The Life Breath is of course the chi that keeps us alive and powers our creativity. Using it every day helps us to maintain and even enhance our well being.

What I had either buried, or ignored, is that the Scintillating Intelligence connects the emanation of Kether with that of Chokmah. Kether is the Limitless Light and Chokmah, the knowledge of said Limitless Light.

So operating in this space is pretty special and doubly so when you appreciate that emanations are bidirectional portals. So the knowledge of the Limitless Light trickles down the Tree until it manifests in our physical body and our world of space and time. What we then do with that wisdom goes back up the other way. The Scintillating Intelligence also informs the Limitless Light of what is possible based on its infinite potential.

In microcosm, this could be an idea or a notion, just like this one. In macrocosm, when we return to Source and depart this mortal coil, it could be the realisation of the impact a soul incarnate can achieve in a physical body. This acts as a seed and template to adopt for souls who are about to incarnate. What goes around, comes around.

Armed with this briefest of scintillations, be that change and let me know by way of comment below how your own scintillations are influencing the world and the planes above.

and to take your first step on the Path to Overstanding, visit my home page