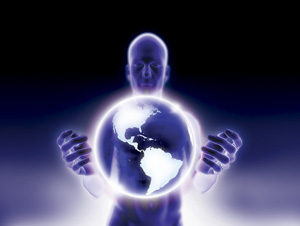 Words are wonderful constructs. They allow us to swap and communicate our thoughts either verbally, in song or by the written (or typed) word.

They can educate, entertain and illuminate or, if wrongly chosen, annoy, anger or sadden. The construction of an individual word can hold intrinsic additional content or its root meaning might be corrupted or hidden by years of ‘chinese whispers’.

For example, the word inspiration both conveys the concept of ideas but also alludes to the oft-missed connection between the breath and thought itself.

Conversely the word palindrome, although a brilliant word, kind of lets itself down somewhat. It describes a word, or phrase, which is spelt the same when written forwards or backwards like ‘kayak’ or “Madam I’m Adam”. So why isn’t it a palindrome itself? That would linguistically brilliant. Come to thing of it, when applied to language especially shouldn’t that be ‘forewords’ and ‘backwords’.

The word understanding, although well meaning, also is a bit of a disappointment when you think about it. The reason being is that it implies that when you comprehend something that that thing is somehow above you and you under it.

A much better word would be ‘overstanding’ which implicitly means you are above the very thing that you are supposed to ’understand’. It is one of the many plays on words common in the Rastafari Language.

Here it is ‘overstood’ that the idea cannot be superior to its creator.The Rastafari philosophy asserts that every man woman and child are equal – this is the concept behind the term ’I-n-I’. The individual who is receiving the information is equal to the communicator of the information and superior to the idea being communicated. So we should not ’understand’ or stand under an idea; when you absorb and correctly perceive an idea, you ‘overstand’ it.

Definitions from the Urban Dictionary 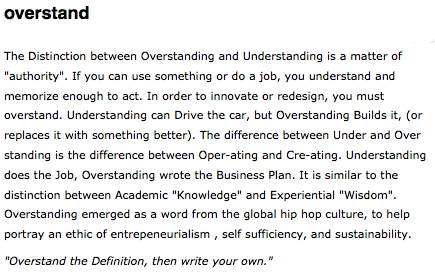 Rastafari is full of much more linguistic richness. For example, the movement is always mind-full of a continual (I-tinual) remembrance of the struggle for emancipation. Similarly a concept is called an ‘I-cept’.

The language is also rich in humour with ’politricks’ replacing the word ’politics’. ’Everliving’ replaces ’everlasting’ implying and conveying the immortality of the soul. It is most commonly used in the phrase “I and I is Everliving, Everfaithful, Eversure. Ras Tafari.”

‘I man’ is the inner person within each Rastafari believer. ‘Irator’ replaces ‘creator’, and ‘Iration’ replaces ‘creation’. These are subtle yet deep concepts that science, and some religions, are only just getting their heads around. Implicit in these words is the description of how consciousness creates reality and not the other way around. Once this is fully embraced as a concept, the so-called Laws of Physics will add up and all that missing Dark Energy will appear from behind and under our noses.

When we take the time to analyse and think about what words really mean, we can make huge leaps in our ‘overstanding’.

Each year the Concise Oxford English Dictionary brings in a set of new words – and gets rid of some others. Just last month the rather trivial ‘mankini’ as popularised by Borat made it in, as did the ‘retweet’. Perhaps it is time both scholars and speakers of the dynamic and rich language we call English under-took a more comprehensive over-haul.

After all, you don’t under-haul anything, do you?