Why call it digital? 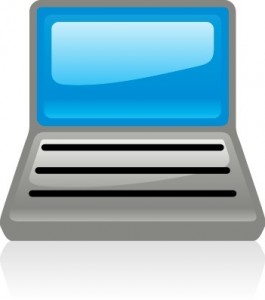 If you haven’t been sitting in a cave, you may have noticed the world seems to have gone Digital all of a sudden. We have a Digital Economy, a Digital Minister and even the new self-proclaimed job title of Digital Coach.

Many of the people who use the word carelessly don’t have a clue about binary or hexadecimal mathematics or the difference between a bit or a byte.

These so-called digital initiatives, while all laudable, are somewhat missing the fact that the Internet is essentially an analogue system that operates on a digital backbone.

This digital backbone of data transmission and storage controlled by software that operates on digital processors has hardly changed in essence since the Internet’s forefather of the Arpanet in the ’60s. It’s somewhat surprising then that everything’s suddenly gone Digital – especially when all our interactions and all the exciting developments are mainly happening in the analogue domain.

In the Web 2.0 world especially, where user generated content is the contribution currency, all the inputs and outputs are analogue.

These words that I am typing are analogues of my thoughts although, maybe somewhat ironically, input by my digits.

If I record a podcast, I am storing a representation of a waveform of analogue sound waves modulated by my voice box.

Still and moving images are an analogous simulacrum of the light reflecting from objects in view of the camera.

The screens on which we write, interact, read and view are all analogue devices – especially e-ink displays.

The loudspeakers and earphones are all analogue too.

If you take the iPhone what you have in your hand is a device packed to the gunnels with analogue transducers all controlled by digital processing. It responds to touch, voice, image, xyz position and even acceleration.

Digits although important are just one component, not the total picture by any means.

I have no objection or axe to grind here … merely to point out that a spade should be called a spade or holes might be dug from which the true picture can’t be seen or the trees seen from the wood.

Afterthought: With the widespread adoption of phones and tablets where touch is the primary input, there could be merit in joining a Digital Gym where our fingers get a workout to keep them dexterous and avoid RSI of the forefinger! Now there’s an idea for an app …