I am thrilled and honoured to have been selected as one of the ten authors of CompletelyNovel’s One Big Book Launch on the 3rd June. 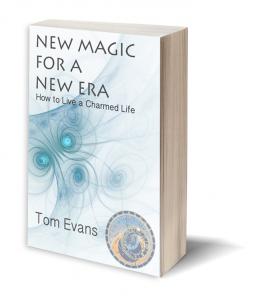 The new book that I am launching, New Magic for a New Era, explores how we can live a magical life where opportunity turns up around every corner and serendipity lands at our feet.

The book was inspired by the most amazing and incisive business coach I have met in recent years called Lea Woodward. Lea pointed out that although I’d written 10 books (at the time), I had not told my story. This was at the end of October 2014.

My initial reaction was that my life was boring as nothing particularly bad had happened to me and that I had lived a rather charmed life. Lea pointed out that the secret of how I had pulled this off was exactly what was worth sharing.

Thanks to CompletelyNovel, and a bit of time bending, by the end of February 2015, I had print copies of the book in my hands and it was available on for Kindle and in print worldwide. The flood of five star reviews that followed on Amazon quickly convinced me that there is an appetite for a book on this theme.

As it says in the book, “There is no need to go to hell and back, unless you want to”.

The book tells of my transition from being a BBC broadcast engineer to author, author’s mentor, meditation guide and temporal alchemist. It’s involved a transition from one side of the camera and microphone to the other.

In the early 80s, as part of this journey, I left the BBC, spent some time at Sony and ended up forming an independent engineering company in London. The launch of Channel 4 had created a huge demand for independent production companies and their equipment needed servicing and maintaining. I ended up at the right place at the right time.

My offices were located at AKA Film & TV Studios at 60 Farringdon Rd.

Roll the clock on over 30 years and I’m now ‘engineering’ books not cameras. So imagine my surprise when I discover the location of the One Big Book Launch. It’s only at the Free Word Centre now based at 60 Farringdon Rd!

Now that is One Big Coincidence!