My Biz My Way 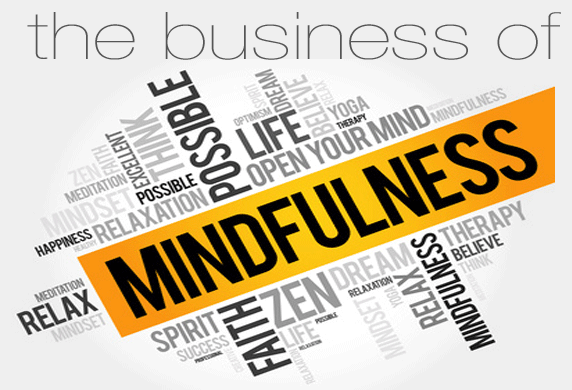 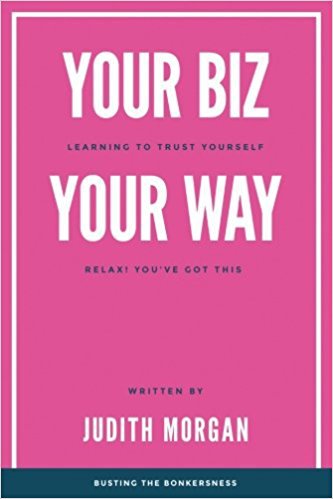 This month I begin my 61st orbit of our home star on Spaceship Earth. This means I turn 60.

Incidentally, that’s a journey of over 35 billion miles around the Sun!

It seems somewhat appropriate to mark the occasion with a blog and I was invited to join in with Judith Morgan’s blogfest in January to share some gems of wisdom of how I go about running my business – and Doing It My Way.

If you want to discover how to run your life, as opposed to it running you, I can highly recommend reading Judith’s new book, Your Biz Your Way

The Journey So Far

At 17, I had four A levels, took a year off to work and then went to University with money I’d earned in my bank, and a student grant. My, are things different these days?

I left Uni in 1979 with a Desmond (a 2.2) in Electronic Engineering, a specialisation in TV engineering and walked into a choice of jobs. I said things were different back then. I had to choose between a career at the BBC or ITV. The Beeb paid a little more and sounded more fun, so I did that.

At 23, Sony headhunted me and doubled my BBC salary. At 25, a company in London headhunted me and paid double again. My interview with them was at a David Bowie concert, the Let’s Dance tour, in Rotterdam. Three months later, the company went bust. I could have gone back to Sony, and corporate life, or go forward into the unknown. I chose the latter and within a year, I had formed my own business and had staff. I’d been thrust into entrepreneurship.

This was no problem as I was innovative by nature my new company won two Royal Televion Awards for its products, which had started selling to broadcasters worldwide. By the time I was 30, I had a £750k turnover business. Along the way, the TV industry delivered my life partner too!

The company was sold to another in 1992 and I became Tech Director. I told them we have to get into this thing called the Internet but they said it would never be fast enough for TV and audio. Toys thrown out of pram, I left and became a TV journalist for a year to work off my non-compete clause.

I took a job-job in the CCTV industry and, after a few years, got promoted to the board but then got head-hunted again to create an Internet business. It took me a year to turnover its first £1m. Then the wheels came off the bus. They gave me a £2m turnover in year 2. This stressed me out as I was also heading up project delivery, and commuting 3 hours a day too, so I left. 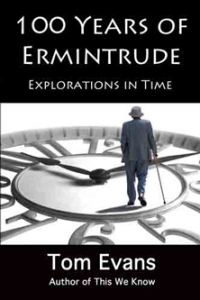 So I’d experienced rapid career progression and had no problem innovating on my feet and creating stuff from nothing but I’d had the stuffing knocked out of me. I cashed in my shares in the new business and started freelancing. I was bored, lost and disillusioned.

Things changed dramatically when someone said I looked haggard (I did) and I should try meditation. At first, like many, I thought it was a waste of time but I persisted. On days I meditated, I had a better time all round. If I didn’t get around to it, I struggled. So the engineer in me started a quest to find out how all this mind magic worked.

Before I knew it, I’d written my first book by accident in a 747 at 39,000 feet. It was called 100 Years of Ermintrude and its publication lead directly to me walking around London for 26 miles in the Walk the Walk marathon. Another unexpected turn of events happened. Quickly afterwards, people started approaching me to help them write their books. I started to write more and more books to support my new career.

The Bookwright Was Born

I went on a few courses and started studying with two estoeric schools. There was also an incident with an Earth Angel and a Demon that doesn’t belong in this blog. In short though, I ‘switched on’ and became a ‘see-er’.

I had become adept at clearing writer’s block (always a life block) and tapping people into their Muse. I’ve lost count of the number of authors I helped get published.

I thought I had found my métier and calling as a creative mentor but the Universe had other ideas. 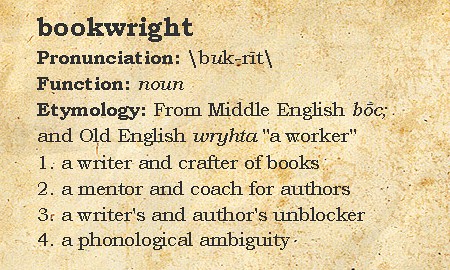 The Path Found Me 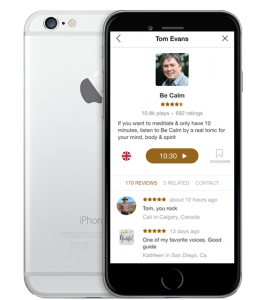 I started to add meditations as accessories to my books and one day I got an email from an app, called Insight Timer, asking me if I would like to upload one. I did and within a month had over 6000 downloads and loads of messages saying people liked the English accent, the sense of humour and how accessible I made everything.

Three years later, I am at over 900,000 downloads and one of the most popular meditation guides on the app, rubbing shoulders with many of the world’s top mindfulness luminaries. Every single day over 2,500 people meditate to one of my meditations, all over the world.

One meditator got in touch with me to commission a set of seven meditations for weight management to be included in his app which is making waves in corporate America.

So the BBC-TV engineer, who became an author who did meditations on the side, became a meditation teacher who happens to have written loads of books – all without setting foot inside an ashram. 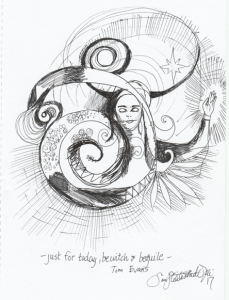 Along the way, I also created the world’s first time management course based on mindfulness and coined the term ‘timefulness’. The engineer discovered how to change the speed of time by changing the speed and nature of thought. This is what is now opening yet another new door.

Something else happened from nowhere nearly three years ago. I started to send out daily nuggets of mindfulness called Just for Today (which are now illustrated thanks to Siri Stiklestad Opli). These are changing the world one thought and one person at at a time and are just about to go viral. The first book of a collection of them also got published, kind of by accident. 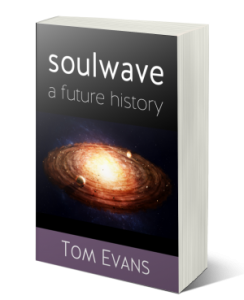 Before I wrote any of my current 14 books, I wrote a novel. Ten years later, it’s now been updated and is being published in my 61st orbit. It’s called Soulwave and is a future history of the Earth. It’s got all the revelations in it I couldn’t get into my non-fiction books.

At the same time, after knocking on doors many times, I have finally broken into corporates. It means I can fund Tom the novelist from some very nice consultancy, speaking and training work, teaching businesses how to work smarter, leaner and faster using mindfulness techniques. I’m also running my first live 8 week course on Practical Mindfulness this Summer.

This work will be encapsulated and distilled in a new co-authored book, web site and philanthropic joint venture which is going live in Summer this year.

Even though I am now on a path which has been shown to me, I know intuitively there are more unfoldings and iterations to come. I was given some esoteric information several years ago which has yet to be fully decoded and reconstructed. I hope to share it, at least, by the time I write the follow up blog to this one when I am 70 !